Hi! I would like to share my journey after 1 month with rebel betting starter pack. I placed some 3500 bets and here are the results: 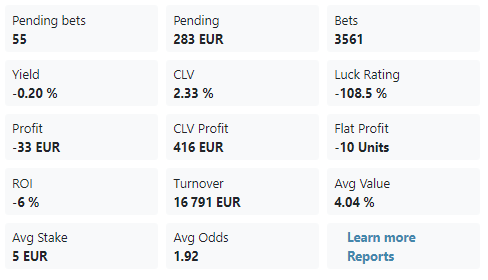 Hi Arttu! Thanks for sharing. You’re correct, and you’ve had some bad luck. (But not as extreme as the “luck rating” would indicate).

So even if the average profit in this scenario will be 620 units, there is a 32% chance your profits would be below 132 units (like in your case). It’s equally probable you would be above 1050 units.

That’s the effect of variance in a normal distribution and a (relatively) small edge.

However, consider after placing 7000 bets: 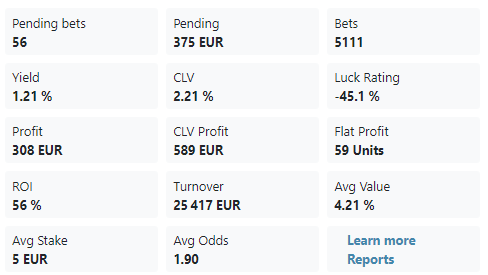